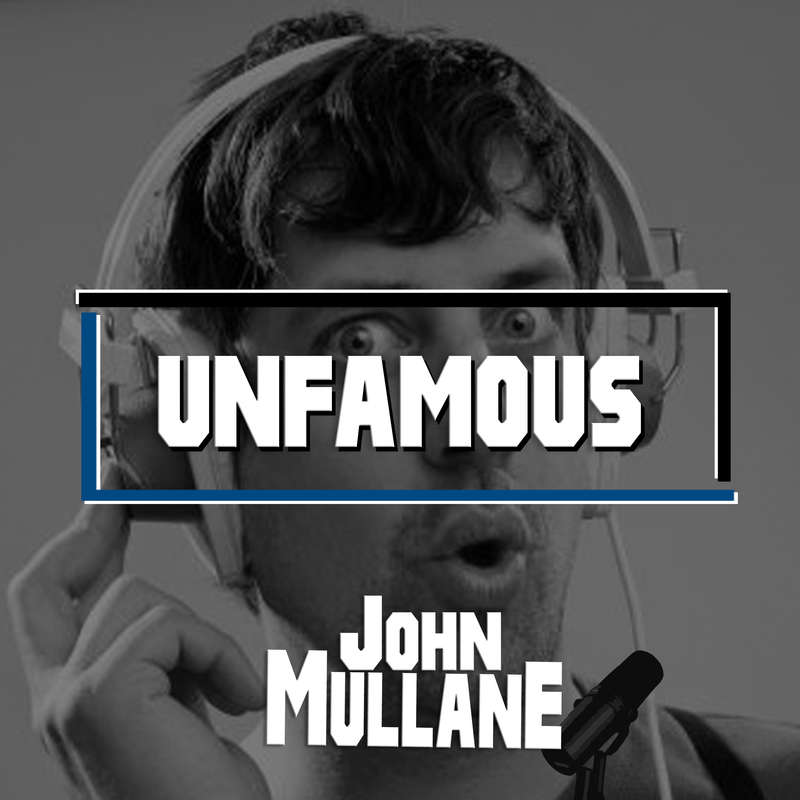 John Mullane is a Musician and Producer best known as the frontman of (East-Coast) Indie Rock Band In-Flight Safety. Over their 15 year or so run In-Flight Safety has released 3 albums and 2 EPs. They've toured extensively, including Europe, the US and Canada at countless festivals, clubs, radio n TV stations. The band's songs appeared on various TV shows like The Office, Degrassi - Next Gen, Chuck, The Vampire Diaries and Rookie Blue. They've been nominated for Junos (The Canadian Grammys) and they've even won a few East Coast Music Awards along the way!

So who is Paul Edwards and why should you care? Well over time, should you decide to subscribe and tune in you'll no doubt get to know me more and hear some of my personal stories. Whether they be about me as a musician writing songs and playing shows, me as an engineer and producer working with other artists, my experiences working for various music companies and even helping create a controversial Artificial Intelligent Music Technology. For now I'll just say, I'm a musician and Audio Engineer and have worked in the music industry for many years. I'm looking forward to sharing a bit of my knowledge and shooting the shit with other like minded folks. I by no means have all the answers, but that's part of the fun right?
If you want more info on each episode, or to see behind the scenes, or if you have any feedback please visit unfamouspodcast.com, or hit us on Facebook or Instagram @UnFamousPodcast. We also have Twitter (UnfamousPod).
On today's episode we have John Mullane. This one's what I call a 12 incher, clocking in at around 60 mins with a side A and B. But don't worry, you don't have to flip anything.  Please settle in and don't forget to stretch!
John Mullane is a Musician and Producer best known as the frontman of (East-Coast) Indie Rock Band In-Flight Safety. Over their 15 year or so run In-Flight Safety has released 3 albums and 2 EPs. They've toured extensively, including Europe the US and Canada at countless festivals, clubs, radio n TV stations. The band's songs appeared on various TV shows like The Office, Degrassi - Next Gen, Chuck, The Vampire Diaries and Rookie Blue! They've been nominated for Junos (which if you don't already know are The Canadian Grammy's) and they've even won a few East Coast Music awards along the way.
Over the past few years, John has slowed down touring largely to start a family and be able to spend more time Producing other artists. John's what we call a "songwriter's" Producer. He gets his hands dirty and can help with everything from songwriting, arrangement, performance, and he's solid Mixing Engineer too. His musical chops are impressive and include, but are not limited to guitar, piano, synths, drums and of course, vocals. When he's not producing bands, he also composes for TV and Film.
I had a bit of a hard time deciding who I'd have as my first guest, but in the end, John just made sense. We share a lot in common and are in similar places in our personal lives and musical careers. I have a lot of musical friends I respect and admire, and they'll hopefully appear on this podcast at some point. Provided I can find the compromising polaroids I have in storage.
Not only is John one of the more musical guys I know, he also one of my oldest friends. We met the first day my family moved to New Brunswick from Quebec. I was wandering around the neighbourhood on my own. Yup a five year old unaccompanied by an adult ready for something bad to happen to him so he could be immortalized in the Moncton news. Of course this was back in the 80s in a pre-internet, pre-dialup world. ... Our lives would eventually diverge in late childhood when I moved back to Montreal, but somehow we managed to stay close. Probably due to the fact we both were lucky enough to get the music bug and ended up being musicians and later music producers. Perhaps "Unlucky" enough if you ask our parents, but here we are. It's actually pretty interesting how similar our paths ended up being, not least that we ended up becoming fathers within months of each other. We chat about fatherhood a bit too but you'll have to wait till the end of the episode in the out-takes to hear that stuff.
I caught up with John at his studio in Halifax, Nova Scotia. We recorded this interview through Skype so you'll have to forgive the audio connection. Overall it holds together but there are the occasional dropouts/glitches and overall compromised audio quality. We discussed John's history and career, production philosophies and strategies, (Word-of-mouth) Marketing, stepping back from social media in favour of engaging in Art and doing what's most important: writing great songs, the benefits of Pre-Production, .... etc
Without further ado, here's my conversation with the Conversationalist himself, John Mullane.
Outro:

Theme Music for UnFamous Podcast is by The Pines.

All other music for this episode courtesy of In-Flight Safety.